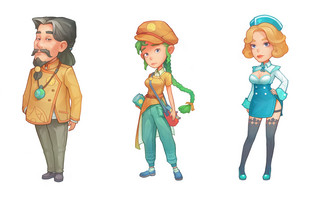 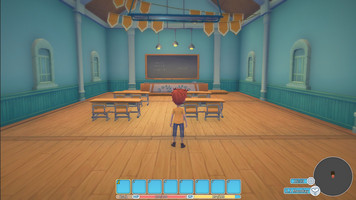 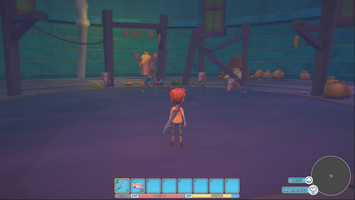 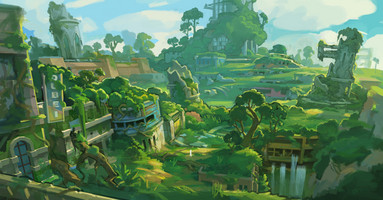 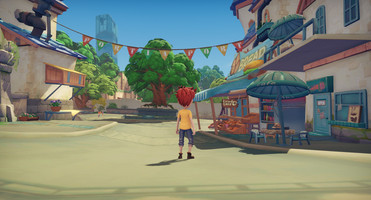 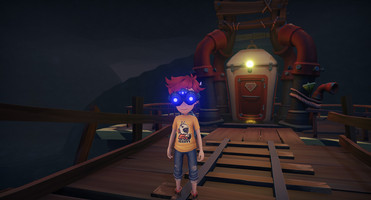 We're aiming to release the alpha 2.0 build of My Time at Portia on August 3rd. Here's what we're working to improve in this build:

So we had some debate regarding Nora's outfit, we decided it didn't really fit the type of Church we were going for, which is like a Taoist naturalist church. So we changed her character design. We moved the old Nora design to Phyllis, the nurse.

We've added several new rooms, from the church to the school.

We've been working hard on extending the storyline for this build, one of the main pieces is the cave on Amber Island.

We've started work on several new areas, we probably won't open them to public even though they're in alpha 2.0, since we have got to leave something for the paid version. But here's a preview:

No images for this one, but we've optimized the game in several areas. In this build, a 750ti should be able to run this game near 50fps when playing on good. The loading that happens when entering and leaving rooms has also been shortened.

In other news, a lot of players have asked us if we'll do a Kickstarter, we're thinking about it. On one hand, we could use the money to make the game better as well as the publicity, but on the other hand it does take time to set it up and would be a really hard slap in the face if it doesn't succeed. So it's a trade off, risk versus reward.

My Time At Portia

i know that this is simulation game, but can u do something to make it a lil bit online? for example, how about making auction house. we can trade with other players. maybe a bus to check out our friends farm? well, learning from previous farming simulation game such as stardew valley, it gets really quick to get bored if we have no other player to interact with.

I hope you guys are able to do August 3rd as the release as planned, that's my birthday. :)

(I can see it now. My friends asking me "What are you doing for your birthday?" and me being all, "Playing the newest alpha release of a game so I can update the Wiki.")

I really like the new church outfits, and the theme you guys are going for there. It makes a lot of sense, given the narrative of the game and what they seem all about. And I'll admit I like Phyllis' new outfit. A lot. Yes. Very nice. Much approve. (Okay, but please have some rare dialogue for Antoine where he comments on her outfit and how she's just trying to steal The Good Dr Xu's attention away. "I'm not the jealous type, you know, but..." His crush on Xu is just too precious and perfect.)

If you guys do decide to do a Kickstarter, I'll definitely smack it right front and center on the wiki front page and try my best to encourage people to throw their dollah bills at you. There are a few Youtubers that have been playing and loving the game as well, and I bet a bunch of them would be willing to toss up links. I also have a ton of suggestions that I've been keeping in my head and not putting up because I figured they might not really fit into whatever the current budget is compared to what you have already stated as where you want the focus of the game to be, but if you decide to do a Kickstarter I'd definitely make one giant post of all the things rattling around my thinkpan.

Perhaps make a base goal, and then some bigger stretch goals as a way to keep it closer to what you guys think might be realistic? I think having a playable demo (the free alpha) of the game will make a huge difference; and outright stating that the core game is going to happen whether or not the Kickstarter is successful, and that the Kickstarter is really to gauge how much additional interest in expanding the game is out there, seeing how big and deep people really want it to be to the point that they're willing to invest in making that happen.

Anyway, I'm super excited and can't wait to play through the new content! Thank you for the update, Pathea!

No more sexy nun?  You've just broken the hearts of all your players that attended an all-boys  Catholic school.  Now if you would just make that nurse a redhead......